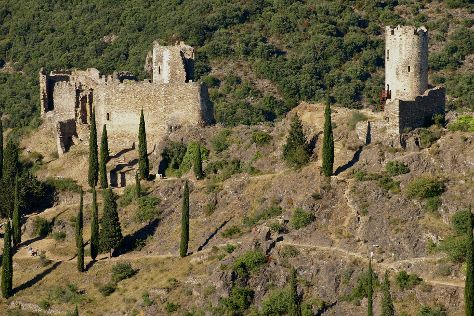 ©
Clermont-l'Hérault is a commune in the Hérault department in southern France.It lies 30 minutes from Montpellier, 40km from the sea.HistoryThe town was several times taken and retaken in the religious wars of the 16th century.SightsThe town is built on the slope of a hill which is crowned by an ancient castle and skirted by the Rhonel, a tributary of the Lergue. Escape the urban bustle at La Grotte des Demoiselles and Gorges du Tarn. Visit Château de Salses and Chateau de Tarascon for their historical value. Venture out of the city with trips to Abbaye de Valmagne (in Villeveyrac), Pont du Gard (in Vers-Pont-du-Gard) and Notre-Dame-des-Auzils (in Gruissan). There's much more to do: do a tasting at O'Vineyards, take a memorable tour with Tours, pause for some serene contemplation at Abbaye de Saint-Guilhem-le-Desert, and explore the historical opulence of Chateaux de Lastours.

If you are flying in from United Kingdom, the closest major aiports are Béziers-Vias Airport, Montpellier-Méditerranée Airport and Nîmes-Arles-Camargue Airport. In September, daily temperatures in Clermont l'Herault can reach 28°C, while at night they dip to 18°C. Finish your sightseeing early on the 18th (Mon) so you can travel back home.
more less

Things to do in Clermont l'Herault