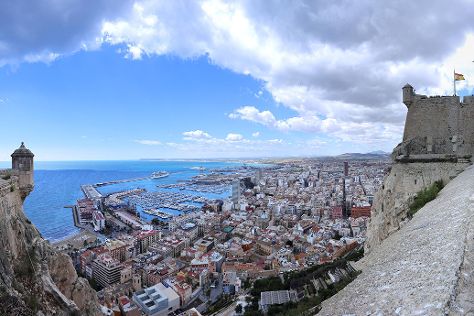 You'll find plenty of places to visit near Alicante: Fuentes del Algar (in Callosa d'En Sarria), La Mata Beach (in Torrevieja) and Cathedral de Santa Maria (in Murcia). The adventure continues: step into the grandiose world of Castillo de Santa Barbara, take an in-depth tour of Museo Arqueologico de Alicante, kick back and relax at Arenal Beach, and delve into the distant past at Denia Castle and Archaeological Museum.

If you are flying in from United States, the closest major aiports are Alicante International Airport, San Javier Airport and Región de Murcia International Airport. In May, daily temperatures in Alicante can reach 76°F, while at night they dip to 58°F. Finish your sightseeing early on the 21st (Sun) to allow enough time to travel back home.
more less