Best known for its discovery of the first five skeletons of Cro-Magnons, the earliest known examples of Homo sapiens sapiens, Les Eyzies-de-Tayac-Sireuil is home to the rock shelter that held skeletons included a fetus, and remarkably modern looking skulls with a much rounder shape than the earlier Neanderthal.

Get a sense of the local culture at Chateau des Milandes and Cave of the Big Rock. Discover out-of-the-way places like Gouffre de Padirac and Chateau de Castelnaud. Explore Les Eyzies-de-Tayac-Sireuil's surroundings by going to Lascaux II (in Montignac), Le Regourdou (in Lascaux) and Grottes de Lacave (in Lacave). Spend the 5th (Wed) delving into the displays at Musee National de Prehistoire. There's lots more to do: Head underground at Grotte de Rouffignac, contemplate the long history of Chateau de Commarque, explore the historical opulence of Chateau de Beynac, and find something for the whole family at Le Bournat.

To see reviews, other places to visit, where to stay, and tourist information, read our Les Eyzies-de-Tayac-Sireuil trip builder.

London, UK to Les Eyzies-de-Tayac-Sireuil is an approximately 8.5-hour combination of . You can also fly. The time zone changes from Greenwich Mean Time to Central European Time, which is usually a 1 hour difference. When traveling from London in July, plan for a bit warmer days in Les Eyzies-de-Tayac-Sireuil, with highs around 32°C, while nights are about the same with lows around 17°C. Finish your sightseeing early on the 6th (Thu) to allow enough time to do a combination of to Briancon.
more less

Things to do in Les Eyzies-de-Tayac-Sireuil

©
Briançon a commune in the Hautes-Alpes department in the Provence-Alpes-Côte d'Azur region in southeastern France. Your cultural itinerary includes sights like Abbaye de Boscodon and Musée de l'Opinel. Step out of the city life by going to Col d'Izoard and Lac d'Allos. Explore the numerous day-trip ideas around Briancon: Parc du Chateau de Vizille (in Vizille), Grotte de Choranche (in Choranche), Orcieres Merlette 1850 Ski Resort (in Orcieres), Col de la Cayolle (in Barcelonnette) and Valloire Galibier (in Valloire). There's more to do: fly down the slopes at Luge Monty Express.

To find more things to do, ratings, photos, and more tourist information, you can read our Briancon itinerary maker.

Getting from Les Eyzies-de-Tayac-Sireuil to Briancon by combination of takes about 6 hours. Finish up your sightseeing early on the 11th (Tue) so you can take a combination of to Corte.
more less

Things to do in Briancon 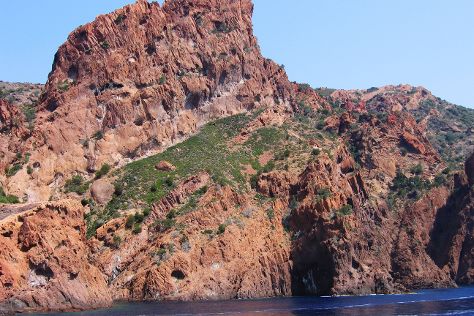 Corte tourism is based on the region's mountainous terrain, ensuring plenty of photo opps and outdoor activities.

For where to stay, other places to visit, maps, and other tourist information, refer to the Corte holiday planner.

Things to do in Corte

©
Chisa is a commune in the Haute-Corse department of France on the island of Corsica. Visiting Foret d'Aitone and Gorges of the Solenzara River will get you outdoors. Eschew the tourist crowds and head to Plage de Saleccia and Alpa Corse. Go for a jaunt from Chisa to Sari-Solenzara to see Corsica Canyon about 48 minutes away. And it doesn't end there: hike along Sentier du Douanier, explore and take pictures at Friendly Corsica, visit a coastal fixture at Faro della Giraglia, and don't miss a visit to Clos Antonini.

Things to do in Chisa

©
Gorges of the Solenzara River 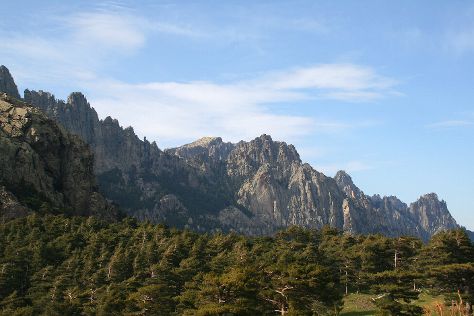 ©
Quenza is a commune in the Corse-du-Sud department of France on the island of Corsica. On the 21st (Fri), admire the sheer force of Purcaraccia and then take your sightseeing to a higher altitude at Aiguilles de Bavella (Bavella Needles). On the 22nd (Sat), you'll have a packed day of sightseeing: look for all kinds of wild species at Piscines Naturelles de Cavu and then take in the dramatic scenery at Piscia di Gallu.

To see maps, where to stay, photos, and more tourist information, go to the Quenza sightseeing planner.

Do a combination of from Chisa to Quenza in 1.5 hours. In July in Quenza, expect temperatures between 36°C during the day and 22°C at night. Wrap up your sightseeing on the 23rd (Sun) to allow time to do a combination of to Coti-Chiavari.
more less

Things to do in Quenza

Zonza
Highlights from your plan

©
Kick off your visit on the 23rd (Sun): enjoy the sand and surf at Plage Cupabia and then take the plunge with a skydiving experience. Get ready for a full day of sightseeing on the 24th (Mon): delve into the distant past at Filitosa, see the interesting displays at Musee Departemental de l'Alta-Rocca, and then see some colorful creatures with a scuba or snorkeling tour.

For more things to do, traveler tips, other places to visit, and other tourist information, use the Coti-Chiavari sightseeing planner.

Things to do in Coti-Chiavari 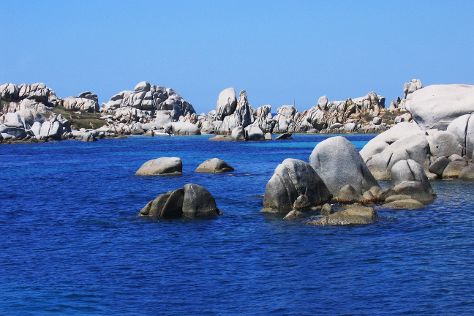 At the southernmost tip of the island of Corsica, Bonifacio is a city with chalk-white limestone outcrops sculpted into unusual shapes by the ocean.

Get in touch with nature at Plage de San Giovanni and Iles Lavezzi. Step off the beaten path and head to Plage du Petit Sperone and Santa Giulia Beach. Venture out of the city with trips to Scuba & Snorkeling (in Pianottoli-Caldarello), A Casa di Roccapina (in Sartene), Plage de Saint-Cyprien (in Lecci) and Anse de Favone (in Sari-Solenzara). There's much more to do: Head underground at Grotte di Bonifacio, don't miss a visit to Escalier du Roi d'Aragon (King Aragon Steps), take in the architecture and atmosphere at Eglise Sancte Erasme, and stroll through La Tonnara Beach.

To see where to stay, photos, and tourist information, read Bonifacio sightseeing planner.

You can do a combination of from Coti-Chiavari to Bonifacio in 2.5 hours. In July, daily temperatures in Bonifacio can reach 36°C, while at night they dip to 20°C. On the 31st (Mon), wrap the sightseeing up by early afternoon so you can fly to Paris.
more less

Things to do in Bonifacio

On the 1st (Tue), admire the striking features of Arc de Triomphe, enjoy breathtaking views from Eiffel Tower, then step off the mainland to explore Île de la Cité, and finally take in nature's colorful creations at Luxembourg Gardens. Get ready for a full day of sightseeing on the next day: examine the collection at Musée d'Orsay and then explore the world behind art at Louvre Museum.

You can fly from Bonifacio to Paris in 4.5 hours. Other options are to do a combination of car and car ferry; or do a combination of bus, car ferry, and train. Expect little chillier temperatures when traveling from Bonifacio in July; daily highs in Paris reach 29°C and lows reach 17°C. Wrap up your sightseeing by early afternoon on the 3rd (Thu) to allow enough time to take a train back home.
more less