On the 8th (Mon), see the interesting displays at Australian Sports Museum and then stroll through Capital City Trail.

To find ratings, maps, other places to visit, and tourist information, go to the Melbourne day trip planner.

If you are flying in from Australia, the closest major aiport is Melbourne International Airport. In February, daytime highs in Melbourne are 32°C, while nighttime lows are 16°C. Wrap up your sightseeing by early afternoon on the 8th (Mon) to allow enough time to travel to Auckland.
more less

Things to do in Melbourne

The largest and most populous city in New Zealand, Auckland combines a rich history and thriving contemporary culture in an abundance of museums, art galleries, and performance venues.

Kick off your visit on the 9th (Tue): shake up your sightseeing with a climbing tour, then add some adventure to your tour with a kayaking and canoeing tour, then kick back and relax at Cheltenham Beach, and finally enjoy the sand and surf at Takapuna Beach. Get ready for a full day of sightseeing on the 10th (Wed): stroll through Orewa Beach, tour the pleasant surroundings at Orewa – Te Ara Tahuna Estuary Cycleway, and then stroll through Browns Bay Beach.

To see more things to do, where to stay, other places to visit, and other tourist information, you can read our Auckland trip itinerary planner.

Traveling by flight from Melbourne to Auckland takes 7 hours. The time zone difference moving from Australian Eastern Standard Time (AEST) to New Zealand Standard Time (NZST) is 2 hours. When traveling from Melbourne in February, plan for slightly colder days and a bit warmer nights in Auckland: temperatures range from 26°C by day to 26°C at night. Finish your sightseeing early on the 11th (Thu) so you can travel to Taupo.
more less

Things to do in Auckland

The resort town of Taupo lies on the banks of Lake Taupo, the largest body of water in the whole of Australasia.

Kick off your visit on the 11th (Thu): stop by Souvenir Outlet & Mountain Bike Hire, admire the sheer force of Huka Falls Walkway, stroll through Kinloch Beach, then glide through the air with Big Sky Parasail, and finally contemplate the waterfront views at Lake Taupo. On the 12th (Fri), you'll have a packed day of sightseeing: witness a stunning natural landmark at Spa Thermal Park and Riverbank Recreational and Scenic Reserve, then take in the natural beauty of Wai-O-Tapu Thermal Wonderland, then explore the wealth of natural beauty at Waiotapu Boardwalk/ Mud Pool, and finally witness a stunning natural landmark at Lady Knox Geyser.

To see reviews, traveler tips, maps, and other tourist information, use the Taupo itinerary planner.

You can fly from Auckland to Taupo in 3 hours. Other options are to drive; or take a bus. Finish your sightseeing early on the 13th (Sat) to allow enough time to travel to Egmont National Park.
more less

Things to do in Taupo

Traveling by car from Taupo to Egmont National Park takes 4.5 hours. Alternatively, you can drive. Finish up your sightseeing early on the 15th (Mon) so you can travel to Wellington.
more less

Things to do in Egmont National Park

Your inner history buff will appreciate Old St Paul's and Saint Mary of the Angels. You'll discover tucked-away gems like Otari-Wilton's Bush Native Botanic Garden and Scorching Bay. There's lots more to do: get a dose of the wild on a nature and wildlife tour, see some colorful creatures with Dive Wellington, identify plant and animal life at ZEALANDIA Ecosanctuary, and stroll through Wellington City Walkways.

For traveler tips, maps, and other tourist information, go to the Wellington road trip planner.

Drive from Egmont National Park to Wellington in 4.5 hours. Alternatively, you can drive. In February, plan for daily highs up to 24°C, and evening lows to 17°C. Finish up your sightseeing early on the 17th (Wed) so you can travel to Nelson.
more less

Things to do in Wellington

Top of the South

Put on your shades to enjoy the sights of Nelson, one of the sunniest cities in New Zealand.

Start off your visit on the 18th (Thu): look for gifts at Frock & Soul, take in the dramatic natural features at The Boulder Bank, pause for some serene contemplation at Christ Church Cathedral, then stroll through Spooners Tunnel, and finally grab your bike and head to Railway Reserve.

To see where to stay, ratings, maps, and other tourist information, use the Nelson sightseeing planner.

Things to do in Nelson

Step off the beaten path and head to Kaiteriteri Beach and Tata Beach. Escape the urban bustle at Te Waikoropupu Springs (Pupu Springs) and The Grove Scenic Reserve. Explore the numerous day-trip ideas around Abel Tasman National Park: Takaka (Dancing Sands Distillery & Wildcat Charters). There's much more to do: admire the sheer force of Wainui Falls Track, look for all kinds of wild species at Riwaka Resurgence, explore the landscape on two wheels at HighR Rentals, and contemplate the waterfront views at Stilwell Bay.

To see traveler tips, maps, where to stay, and tourist information, you can read our Abel Tasman National Park trip site.

Explore your travel options from Nelson to Abel Tasman National Park with the Route module. Finish up your sightseeing early on the 21st (Sun) so you can catch the bus to Punakaiki.
more less

Things to do in Abel Tasman National Park

©
Punakaiki is a small community on the West Coast of the South Island of New Zealand, between Westport and Greymouth. Start off your visit on the 22nd (Mon): trek along Truman Track, then trot along with Punakaiki Horse Treks, and then stroll through Pancake Rocks and Blowholes Walk. Keep things going the next day: hike along Cape Foulwind Walkway, explore the fascinating underground world of Punakaiki Cavern, and then get interesting insight from Golden Sands Horse and Wagon Tours.

For other places to visit, reviews, maps, and other tourist information, refer to the Punakaiki trip itinerary planning app.

Take a bus from Abel Tasman National Park to Punakaiki in 5.5 hours. Wrap up your sightseeing by early afternoon on the 24th (Wed) to allow time for the car ride to Franz Josef.
more less

Things to do in Punakaiki

Located in the World Heritage Site that is home to its eponymous glacier, the town of Franz Josef provides a comfortable and welcoming rest spot for adventurers after a long day out on the ice.

On the 25th (Thu), go for a walk through Tatare Tunnels Walk, identify plant and animal life at West Coast Wildlife Centre, trek along Peters Pool Walk, then tour the pleasant surroundings at Sentinel Rock Walk, and finally don't miss a visit to Franz Josef Glacier.

To find more things to do, ratings, maps, and other tourist information, use the Franz Josef trip tool.

You can drive from Punakaiki to Franz Josef in 3 hours. Another option is to take a bus. Wrap up your sightseeing on the 26th (Fri) to allow time to take a bus to Wanaka.
more less

Things to do in Franz Josef

Situated on the shores of Lake Wanaka in the Otago region, Wanaka has become a popular ski and summer resort area, owing to its extensive views of the lake and its proximity to some of the best slopes in the country.

Start off your visit on the 26th (Fri): tour the pleasant surroundings at Isthmus Peak Track, get a new perspective on things with Lakeland Wanaka, and then tee off at Wanaka Golf Course. Here are some ideas for day two: take in the exciting artwork at Wanaka Fine Art Gallery, then scramble along the landscape with a canyoning and rapelling tour, and then hike along Mount Iron Track.

Before you visit Wanaka, use our trip planner to discover what you can do and see there.

You can take a bus from Franz Josef to Wanaka in 6 hours. Wrap up your sightseeing on the 28th (Sun) early enough to take a bus to Queenstown.
more less

Things to do in Wanaka

Sheltered in an inlet of Lake Wakatipu, the resort town of Queenstown enjoys a strong reputation for its adventuring and skiing opportunities.

Escape the urban bustle at Ben Lomond Track and Queenstown Trail. Explore hidden gems such as Fishing Charters & Tours and Southern Discoveries - Mt Nicholas Farm Experience. Next up on the itinerary: grab your bike and head to Lake Hayes Walkway, hike along Tiki Trail, tour the pleasant surroundings at Mt Crichton Loop Track, and relax and rejuvenate at some of the best spas.

To see more things to do, traveler tips, where to stay, and more tourist information, you can read our Queenstown online driving holiday planner.

You can take a bus from Wanaka to Queenstown in 3 hours. Alternatively, you can take a bus. Finish your sightseeing early on the 2nd (Tue) to allow enough time to travel to Byron Bay.
more less

Things to do in Queenstown 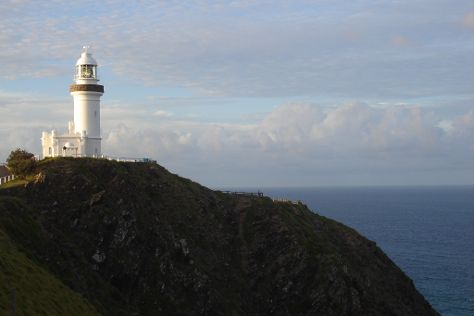 Named after Lord Byron's grandfather, Byron Bay is not only famous as the easternmost point of Australia, but even more so as one of the liveliest vacation spots in the country.

Start off your visit on the 3rd (Wed): get great views at Pat Morton Lookout, then enjoy the sea views from Fingal Head Lighthouse, and then add some adventure to your tour with Byron Bay Eco Cruises & Kayaks. Keep things going the next day: kick back and relax at Broken Head Beach, get great views at Broken Head Nature Reserve, then enjoy the sand and surf at Tallow Beach, and finally trek along Cape Byron Walking Track.

Things to do in Byron Bay 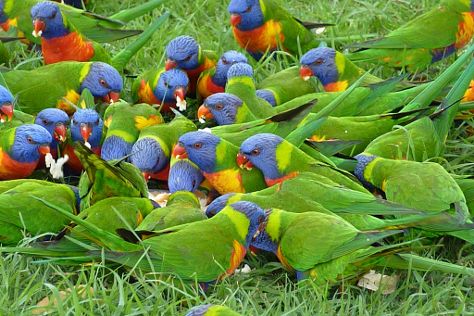 ©
Nimbin is a village in the Northern Rivers area of the Australian state of New South Wales, approximately 30km north of Lismore, 33km northeast of Kyogle, and 70km west of Byron Bay.Nimbin is notable for the prominence of its environmental initiatives such as permaculture, sustainability and self-sufficiency as well as the cannabis counterculture. You'll explore the less-touristy side of things at Washpool National Park and Bexhill Open Air Cathedral. Visiting Whian Whian State Conservation Area and Lamington National Park will get you outdoors. Venture out of the city with trips to Lismore Rainforest Botanic Gardens (in Lismore), Darlington Park (in Darlington) and Minyon Falls (in Bangalow). There's lots more to do: take in the dramatic natural features at Nimbin Rocks, contemplate the geological forces at Mount Warning, view the masterpieces at Nimbin Craft Gallery, and admire the sheer force of Protestors Falls.

To see more things to do, reviews, other places to visit, and tourist information, use the Nimbin trip maker.

Traveling by car from Byron Bay to Nimbin takes 1.5 hours. Alternatively, you can drive. Expect a daytime high around 32°C in March, and nighttime lows around 20°C. Wrap up your sightseeing by early afternoon on the 9th (Tue) to allow time for travel to Melbourne.
more less

Things to do in Nimbin 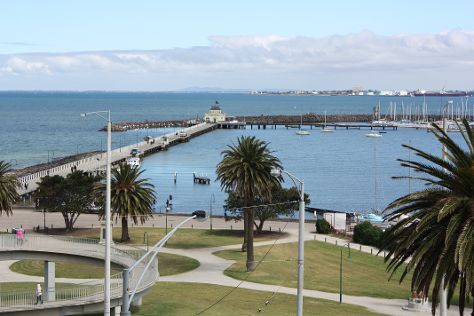 On the 10th (Wed), admire the striking features of Royal Exhibition Building, then explore the world behind art at ArtVo, then look for all kinds of wild species at St Kilda Pier, and finally get outside with Cheap AZ Travel.

For more things to do, where to stay, traveler tips, and more tourist information, read our Melbourne day trip planning tool.

The Route module can help you plan travel from Nimbin to Melbourne. Traveling from Nimbin in March, expect little chillier with lows of 15°C in Melbourne. Wrap up your sightseeing on the 10th (Wed) to allow time to travel back home.
more less

Things to do in Melbourne