21 days in Province of Milan Itinerary

21 days in Province of Milan Itinerary 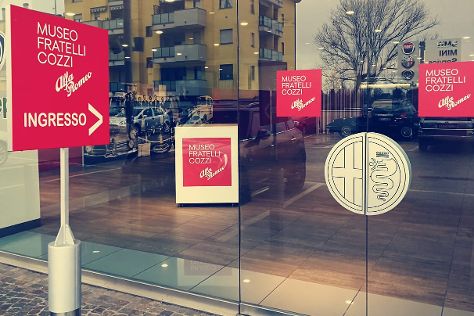 ©
Rho is a town and comune (municipality) in the Metropolitan City of Milan in the Italian region of Lombardy, located about 14km northwest of Milan.GeographyRho is lapped by the river Olona and crossed by its tributaries Bozzente and Lura, nowadays partially cloaked inside the town.At the north and east of the town, there is the Strada statale 33 del Sempione, which in the past was crossing the town itself, in the current corso Europa. You'll find plenty of places to visit near Rho: Abbazia Santa Maria di Morimondo (in Morimondo), Cantine Cavallotti (in Bubbiano) and Vaprio d'Adda (Parrocchia S. Nicolo & Villa Melzi d'Eril). And it doesn't end there: take in the spiritual surroundings of Santuario della Beata Vergine Addolorata, browse the different shops at Il Centro, get engrossed in the history at Museo Fratelli Cozzi Alfa Romeo, and take in nature's colorful creations at Villa Visconti Borromeo Litta.

Start your trip to Rho by creating a personalized itinerary on Inspirock.

Brisbane, Australia to Rho is an approximately 28-hour combination of flight and car. Traveling from Brisbane to Rho, you'll gain 9 hours due to the time zone difference. In May in Rho, expect temperatures between 26°C during the day and 15°C at night. You'll have a few hours on the 21st (Fri) to wrap things up before traveling home.
more less

Things to do in Rho